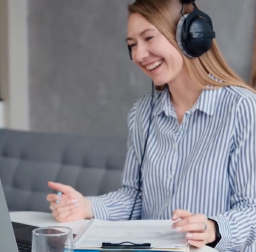 SAN CLEMENTE, Calif.–(BUSINESS WIRE)–The “new normal” for office workers post-COVID-19 is expected to look very different from today’s landscape, with leading experts projecting a move away from traditional high-rise offices toward new construction of low-rise industrial parks that enable continued social distancing. Land Science, a division of REGENESIS, is actively addressing the increased vapor intrusion risk resulting from the rising trend in new office park construction on brownfields and other environmentally distressed properties—in an aim to mitigate the long-term health risks these contaminants pose to workers.

COVID-19 is Driving a Trend Away from Traditional Office Workspaces
The COVID-19 pandemic resulted in a dramatic shift in workplace geography as workers moved from centralized office locations to home-based offices. Stanford economist Nicholas Bloom, a leading researcher studying the work-from-home trend, notes: “[An] incredible 42 percent of the U.S. labor force is now working from home full time.” Bloom also suggests that new office building construction will be altered post-COVID-19 based on an increased desire for social distancing. He states, “instead of building more office skyscrapers – which has been the dominant theme over the past 40 years – I predict that COVID-19 will dramatically shift the trend to industrial parks with low-rise buildings.”

The predicted shift to new office spaces at former industrial parks matches established construction trends in the residential and mixed-use building sectors. Due to inexpensive land, tax credits and other incentives, redevelopment of these former brownfields into living and retail space has been robust during the past decade.

Increase in Risks to Exposure of Potential Toxic Chemical Vapors
This office worker migration trend will result in a significant increased risk for worker exposure to potentially toxic chemical vapors left behind from past industrial activity. Chemical vapors are formed when substances containing chlorinated solvents, petroleum hydrocarbons or other volatile compounds commonly used in industry are spilled or improperly disposed of. Over time, these chemicals migrate through soil, contaminating groundwater and forming chemical vapor plumes.

Building occupants might be at risk of exposure to indoor air containing these vapors if a building is constructed within a contaminant vapor plume footprint. Inhalation of chemical vapors is often hazardous to human health, even at indoor air concentrations not detected by smell.

While offering the highest level of protection against vapor intrusion, these systems are often easier and faster to install and are priced competitively. Brownfield property developers are rapidly increasing the incorporation of these systems into their building plans as a means to address any potential vapor intrusion risk, known or unknown, and to ensure development stays on schedule.

Preemptive Installation May Be Less Expensive Than Investigation and Monitoring
A vapor mitigation system’s cost is insignificant relative to a new building project, and Land Science’s certified applicators can install these advanced systems quickly without delaying construction.

Comparative cost analyses have shown that it is often less expensive to proactively install a contaminant vapor barrier rather than investigate and monitor whether it is needed. Once installed, these vapor mitigation systems provide a high level of assurance for personal safety. According to the U.S. EPA’s Brownfields Technology Primer: “Incorporating relatively inexpensive mitigation (prevention) techniques into the construction of new buildings, rather than retrofitting them later, will result in significant cost savings and help avoid the occurrence of vapor intrusion in the future.”

ABOUT REGENESIS and LAND SCIENCE: Founded in 1994, REGENESIS is an expert provider of in situ soil, groundwater, and vapor intrusion remediation products and services. Land Science, a division of REGENESIS, offers a full line of vapor intrusion mitigation technologies and is the safe and effective choice for leading engineering, construction, and environmental consulting firms serving a broad range of clients, including developers, insurance companies, manufacturers, municipalities, regulatory agencies, and federal, state and local governments. 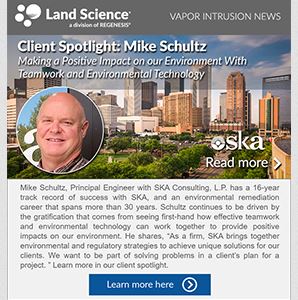 Learn the following in this free webinar:

In this webinar we were pleased to have as a special guest speaker Tom Hatton, CEO of Clean Vapor LLC. His presentation discussed subjective standards and the long-term liability of vapor intrusion. He was joined by Jordan Knight, Central Region Manager of Land Science, who shared advanced vapor mitigation barrier technologies that can be incorporated into vapor mitigation system (VMS) designs to minimize the long-term liability that often comes with contaminated site redevelopment.

Complete the form below to view this free webinar.

This project snapshot features the following:

Sacramento is experiencing a renaissance, with a metropolitan area that has grown to include over 2.5 million people. As the city continues to grow and change, the downtown Sacramento area is evolving rapidly with many new buildings in various construction stages. Roebbelen Contracting, Inc., a leading Northern California based contracting and construction firm, was engaged by their client to build an electrical substation in the downtown area. The substation development included the need for a contaminant vapor barrier system due to past heavy industrial land usage. Keeping pace with the latest vapor mitigation innovations, the environmental consultant, working with their client, recommended Land Science’s TerraShield® based on it having demonstrated 100 times more chemical resistance than other vapor barrier systems.

This project snapshot features the following:

In Michigan’s Upper Peninsula, Lake Superior State University (LSSU) is constructing a $14.5 million expansion that will house its state-of-the-art Center for Freshwater Research and Education (CFRE). When completed, the CFRE building will include freshwater testing laboratories, classrooms, an aquatic learning center, and an expansion of LSSU’s internationally-renowned fish hatchery. The new building is being constructed in an area of past spills of volatile organic contaminants (VOCs), posing a potential vapor intrusion risk. Assessing the risk and the options to mitigate it, the project team opted to install TerraShield® with a TerraVent® passive venting system. Terrashield was determined to be the vapor mitigation solution providing the highest level of protection at a competitive cost and offering superior installation efficiencies as compared to alternative vapor intrusion mitigation approaches.