Superior Chemical Resistance Over Any Vapor Barrier On The Market Today 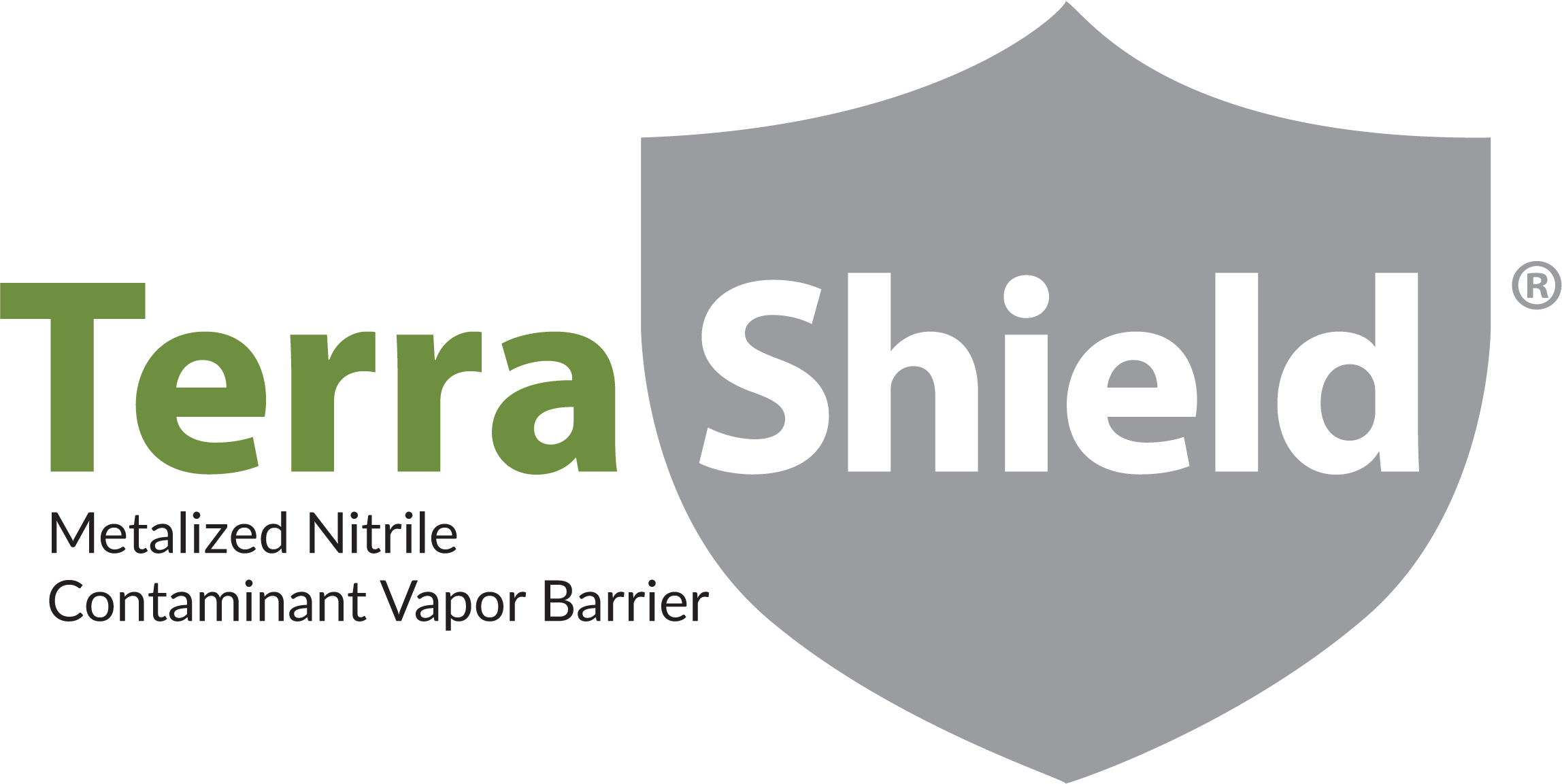 A Multi-Layer Base with Metalized Film Technology

The Land Science research and development team of scientists have invested years in developing the TerraShield vapor barrier system, which delivers orders of magnitude higher vapor intrusion protection as compared to the leading vapor barrier system. The new, innovative, metalized material and multiple layers of protection are key to the increased performance. The R&D team also improved on the core material, incorporating nitrile, known for its chemical resistance, as a key component. The result is a 100 times more effective protection as compared to existing vapor barriers in recent laboratory tests.

When developing properties on sites with known environmental impacts, one of the biggest issues is the risk to human health. Failure to address these issues can result in adverse health effects and millions of dollars in legal exposure. TerraShield was designed specifically to eliminate risk of exposure by employing innovative technologies to provide best-in-class chemical resistance and durability. Backed by a robust warranty and installed by Land Science-certified applicators, each TerraShield installation is rigorously tested to ensure the quality of every seal and ultimately the complete vapor barrier system installed.

Land Science Protection Fabric is a proprietary protection layer comprised of polyethylene (PE) thermally bonded to a geotextile fabric. The bond layer is placed over Nitra-Core to:

Nitra-Core is a nitrile-advanced asphalt latex that is spray applied to a thickness of 40 mils. It is applied to the TerraBase layer and provides a seal around seams, penetrations, and perimeter terminations.

TerraVent is a low-profile, trenchless, flexible, sub-slab vapor collection system used in lieu of perforated piping. It consists of a heavy duty 3-dimensional, high flow, polypropylene dimpled core. The core is then wrapped and bonded with a non-woven geotextile to prevent soil, sand or gravel pass into the dimple core. TerraVent core is made from 100% Post-Industrial/Pre-Consumer polypropylene regrind material.

Are you planning a vapor intrusion barrier project?
Contact us for a free TerraShield estimate.