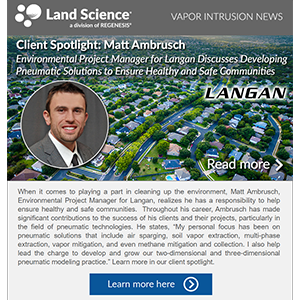 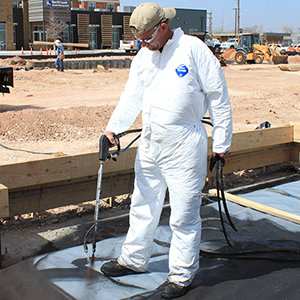 Vapor intrusion is the migration of vapor-phase contaminant chemicals from a subsurface source in an overlaying building or structure. The objective of many vapor intrusion investigation professionals is to be able to detect possible pathways for contaminant vapors and their location within the building or structure. Understanding the potential pathways helps to identify risks. A solid understanding of potential pathways informs the client selling the building to potential tenants, who need to be able to live and function within the building without exposure to health risks. Here are four key things to know about vapor intrusion.

Though thorough investigation is necessary to get an accurate reading of the site, the results may not be complete. At times investigations or screenings of a site will pick up additional vapors from the testing area or concentrated in one single area to indicate contaminants present. These readings could be caused by a number of factors, even common household appliances on site. For example, if an industrial adhesive product like E6000 glue is located anywhere in the screening area, there will be a significant increase in TCE indicated in the testing, which would easily skew the readings. So, Before any screening can be performed on site, investigators should go through the site with a close eye looking for indoor VOC sources, like paints, cleaning supplies, or insecticides. For more information, visit the EPA’s website regarding the specific materials to look for in a site, along with other information to address VOC concerns is a great resource: https://www.epa.gov/indoor-air-quality-iaq/volatile-organic-compounds-impact-indoor-air-quality.

In a webinar with Land Science, and the Compound Specific Isotope Analysis (CSIA) Lab Director of Microbial Insights provides some tools to help distinguish whether the source of vapor-contaminated indoor air originates from the buildings subsurface or an indoor source.

There are other uncontrolled factors that could contribute to excessive readings, including spatial and temporal variability. Some examples of spatial variability factors to consider are soil types like gravel or sand, bedrock fractures, oxygen distribution in the soil, subsurface building structures and even surface features like pavement or water features. Each of these examples either provide a clear path for VOCs to reach the site or the groundwater or affect how quickly VOCs could reach the site. Examples of temporal variability include: wind speed and direction, barometric pressure, temperature inside or outside, precipitation, and ambient contaminants. These variables can affect how the screenings read the concentrations of VOCs at the site.

Vapor mitigation professionals are also tasked with developing a solution based on the site’s conditions along with the state/federal regulations. Each site is different, so vapor mitigation often cannot be based on a plan used at a former site with similar conditions. The investigations unveil all the aspects of a site that determine what the remediation plan will be, including: soil types, weather patterns, gas distributions, subsurface conditions, as well as site goals and budget. Each one of these factors can impact the design of a vapor mitigation system, and each factor can yield different results.

Land Science is comprised of a team of vapor intrusion mitigation professionals who have the technical expertise and industry experience to make the most effective recommendations for our clients. Couple that with a range of innovative technologies that address a variety of site types, and the result is industry-leading vapor intrusion solutions that help public safety.

It’s a Growing and an Evolving Science

The final key idea behind vapor intrusion science that everyone should know, it is a growing and an evolving science. The reason vapor intrusion science came into existence was because of the avid use of VOCs—volatile organic compounds–as root zone fumigants and other applications in the 1950s. Surveys of landfill gas and radon exposure in the 1960s lead to the discovery of vapor intrusion in the late 1970s and was found to affect indoor air quality at heavily contaminated sites, which brought the full scope of regulatory attention.

However, at this point, scientists and regulators dismissed the concerns to homeowners due to the processes of dilution and attenuation as well as the ambiguous exposure standards and the fact that most vapor intrusion was found at major former industrial sites. Consequently, scientists began finding vapor intrusion inside residential homes and decided to facilitate public education by going door-to-door and providing information on the issue of vapor intrusion.

This evolution has caused remediation companies notice and respond to the demand and serves to further develop the technology. For instance, Land Science, a division of REGENESIS® and a global leader of advanced vapor intrusion mitigation technologies, recently introduced TerraShield – a cutting-edge remediation technology which provides superior chemical resistance over any vapor barrier on the market today. Land Science also offers a full-suite of vapor intrusion barrier systems including Nitra-Seal, a proven vapor barrier system now improved with nitrile; and MonoShield, a chemically resistant and easy-to-apply barrier specifically designed as a preemptive solution for vapor intrusion at brownfield redevelopment sites and Retro-Coat, a chemically resistant vapor barrier coating system to properly protect existing structures from the threat of contaminant vapor intrusion . With solutions like TerraShield, Nitra-Seal, MonoShield and Retro-Coat being made available to vapor intrusion mitigation industry, this field is now poised to address the needs created by an increasingly demanding regulatory landscape. 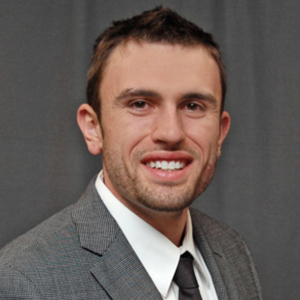 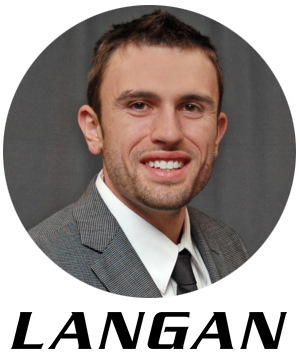 When it comes to playing a part in cleaning up the environment, Matt Ambrusch, Environmental Project Manager for Langan Engineering and Environmental Services, Inc., a valued Land Science® client, realizes he has a responsibility to help ensure healthy and safe communities. Focused on designing, implementing, operating, and optimizing remediation systems, Ambrusch feels he is doing his part to help provide sustainable remedies to address today’s contaminated environments. He shares, “No site is ever the same and every day brings a new and interesting challenge.”  During his seven years at Langan, he has progressed from Staff Environmental Engineer, to Senior Staff Environmental Engineer, and now his current position, as Project Manager. Throughout his career, Ambrusch has made significant contributions to the success of his clients and their projects, particularly in the field of pneumatic technologies. He continues, “My personal focus has been on pneumatic solutions that include air sparging, soil vapor extraction, multi-phase extraction, vapor mitigation, and even methane mitigation and collection. I also help lead the charge to develop and grow our two-dimensional and three-dimensional pneumatic modeling practice. These models allow us the ability to better predict system performance under both existing and future site conditions, and ultimately design a more effective and efficient pneumatic-based remedial system.”

Like many of his peers who work and thrive in the environmental remediation industry, Ambrusch’s interest in the environment began early in life. He continues, “What started out as a desire to always be outside as a kid, grew into a passion for environmental science after taking an environmental studies course during my senior year of high school. I also had an aptitude for math, and recognized that with the applicable college major, a career in environmental engineering just made sense.”  His university studies culminated with a BS in Bioenvironmental Engineering from Rutgers University and later an MBA in Strategy and Leadership from Rutgers Business School. He is also a licensed professional engineer in the State of New Jersey. When he joined Langan early in his career, it did not take long for Ambrusch to develop an appreciation for the firm’s high level of expertise and client service, and the goals that Langan has set for itself. He shares, “Langan has always been focused on technical excellence, practical experience, and client responsiveness. Whatever we do as a company, these values continue to be paramount to our success.  As national and state regulations become more stringent, and new contaminants of concern come into focus, we look to position ourselves effectively so that we can continue to provide our clients innovative, proven, and cost-efficient solutions.  This includes continuing to expand our landfill redevelopment practice. As a team, we are also working on expanding our in-house treatability study and pilot test capabilities.”

When it comes to working with Land Science®, Ambrusch appreciates the industry-leading solutions and rapid response he receives on a consistent basis. “Simply put,” he says, “Land Science® provides cutting- edge technologies and is extremely responsive.” Ambrusch continues, “I work on a lot of redevelopment projects requiring vapor mitigation – these projects are fast paced and require effective cost-competitive solutions.  Land Science® understand the needs required with these types of projects and continues to innovate in an effort to make vapor mitigation products more effective and cost efficient.”  He also appreciates the level of service and customization offered by Land Science®. He adds, “I am heavily involved in the design and implementation of vapor mitigation systems for redevelopment projects.  As such, we often look to Land Science® for innovative vapor barrier materials or application methods that fit the site-specific needs of the project.”

Asked what he thinks the future holds for environmental remediation, Ambrusch feels a focus on sustainable remedies is where the industry is heading. He shares, “Other than emerging contaminants, which everyone is talking about, I see a push for more sustainable remedies.” Ambrusch goes on to say, “The intent of effective remediation is to improve human health and the environment, and we need to be aware of the potential negative impacts the remedial activities we are implementing on one site may have on another. We also need to consider the economical and societal pros and cons of a proposed remedial strategy, both on and offsite.”

Residing in Rockaway, New Jersey with his wife Riley, over the years Ambrusch has worked out of Langan’s Lawrenceville and Elmwood Park (now Parsippany NJ) offices. In his free time, he enjoys the outdoors, and is an avid golfer and snowboarder. He also finds time to provide his expertise to assist the Sustainable Remediation Forum (SURF) and serves as the current President. When asked what he enjoys most about his work, he points to the difference he can make for both our planet and those of us who inhabit it. He shares, “I get a great deal of satisfaction designing and implementing a remedial or mitigation system and see it positively impact the environment.” 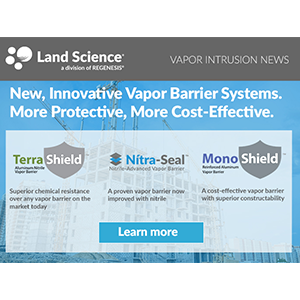